Jose Herrera was born in San Antonio, Texas, and later lived with his family in Artesia, NM until he enlisted in the US Marine Corps at 18 years old. In November 2006, he shipped out to MCRD San Diego. Following boot camp, Jose trained as a 0311 infantryman. After graduating from the School of Infantry in April 2007, he was assigned to 2nd Battalion 8th Marines Fox Company, where he stayed the remainder of his service.

Jose completed three combat tours: one to Ramadi, Iraq, and two to Helmand Province, Afghanistan. He moved to Wilmington, NC after being honorably separated from The US Marine Corps. In 2017 after publishing his memoir V 2/8 A Fox Co. 1st Platoon Story Jose entered into a minor contracting role protecting American Diplomats overseas.

In Wilmington Jose began his mentorship with Thumos Project founder, Mark Mosher, since then he has completed two BA degrees in Philosophy and Religious Studies, and completed Peer Employment Training, to become a Peer Support Specialist, including Resilience Training.

Jose has forged deep ties to his community, investing time, sweat equity, talent, and treasure, first as CEO/Community Liaison for Trinity Veteran Farms and now CEO for Thumos Project. Both organizations focus on sustainable agriculture and the implementation of clean energy. He is a passionate advocate for veterans, frequently speaking on their behalf in public forums throughout the region. Jose is currently working on his 2nd book 03XX: The Hidden Language of Brotherhood and Intuition. The mission of this book is to introduce a new MOS (0333) to the Department of Defense and the Marine Corps. The (0333) is a Rifleman/Mental Health professional who can assist with the mental health of the squad and expose influence operations that cause pathogenic atmospheres. Jose believes that the greatest national security threat is Social, Memetic, and Epigenetic Entropy. 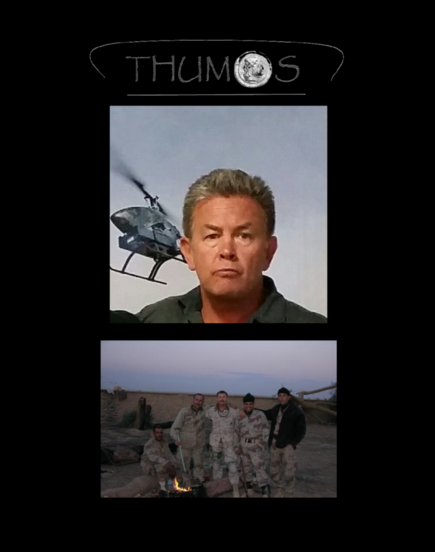 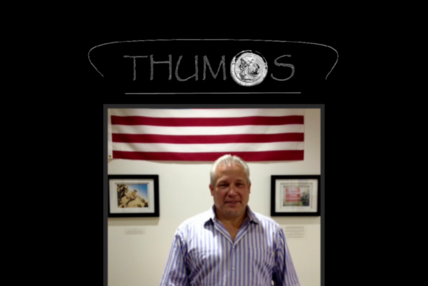 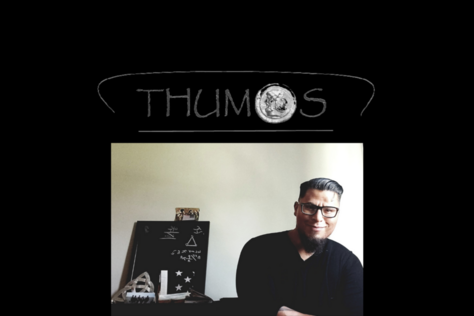 Mark Mosher is the Founder of Thumos Project, a 501 (c) 3. Mosher served in the United States Marine Corps for nearly three decades before honorably retiring as a Master Sergeant 2007. Since then, Mosher began addressing the need for a grassroots intervention for transitioning combat veterans. Mosher has applied experiential modalities learned from his extensive background in management, communication, and experience during his time in the infantry, reconnaissance, and force reconnaissance community. These modalities laid the foundation for future charitable endeavors. Mosher’s capability and knowledge in physical fitness, music therapy, and sustainable agriculture have also been paramount in his personal life and unyielding drive to better serve the veteran community.

Mark will receive an AAS degree in Allied Health Care with certification as a NASM (National Academy of Sports Medicine) personal trainer in September 2017. Is recently trained as an NSC (National Safety Council as an Emergency Medical Responder with wilderness protocols which enables him to administer medical support in emergency circumstances). Mosher is also certified through the American Red Cross Wilderness and remote first aid program with BLS/CPR/AED and has achieved Masters's certificates in strategic organizational leadership, finance & accounting, and human resource management. Through his unflinching drive to seek self-improvement, Mosher is also managing and counseling as a veteran’s service officer, through DAV (Disabled American Veterans). This allows him to meet the needs of veterans while assisting their navigation through the Veterans Administration's claims and benefits processes.

Paul Schweizer grew up on a farm outside of Portland Oregon, and served in the United Sates Marines for 13 years, from 1982-1995: MOS 0311, 0331, 2147. Paul has worked in a variety of jobs within the farming and sustainable living cultures.

He served as Program Director for the Homeless Veterans Reintegration Program (HVRP) for the city of Denver, Colorado. Paul is a member of the American legion (since 1995).  He has completed a BA degree in Environmental Studies. Paul serves as Chief Operations Officer and sits on the board of the Veteran Farms of NC.